Diary of a Lockdown, day 20: fear washes at the shore of content 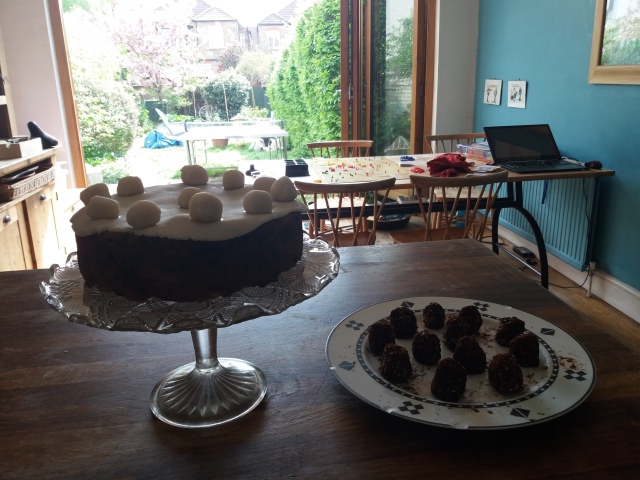 The family niggles have calmed down. We are slipping into a routine I actually find quite enjoyable. The teens have taken to cooking with some enthusiasm and we’ve now got a dinner rota for the week; seedlings are germinating in the kitchen and will be transferred to the vegetable patch once the risk of frost has gone; P and I are enjoying our daily dog walks; and the fence between our garden and next door’s is low enough for us to chat over – sometimes with a glass of wine. So we even have a social life.

And yet washing around the shores of this island of suburban content, as the deadliness of Coronavirus sinks in, is fear. This disease, is not just, as we originally told ourselves, ‘a bit like the flu’. The infectiousness and the fatality rates are higher. There is no cure and no vaccine.

Today we passed the 10,000 official deaths marker in the UK. That is in less than six weeks since the first was recorded on March 4th and only includes those tested and in hospital; the actual figure, including those dying at home or in care, must be much higher. Sir Jeremy Farrar, a member of the the government’s Scientific Advisory Group for Emergencies, told the BBC today, “the UK is likely to be one of the worst, if not the worst, affected countries in Europe.”

It is now clear that even if lockdown and social distancing succeeds is delaying and flattening the peak of infections in the UK to a level that the NHS is able to match with capacity in critical care beds, thousands upon thousands more will still die, each one representing a life cut short, a family robbed, a grief only just beginning.

Many of those who die will be those who are doing most to protect and serve the rest of us: bus drivers getting key workers to their jobs; care workers looking after our elderly relatives; hospital staff labouring long shifts in stifling Personal Protective Equipment (if they are fortunate enough to have it).

And what is only now becoming glaringly obvious to me is that if lockdown begins to be lifted before a cure or a vaccine is available at scale – as it surely will be – we are ALL  still at risk. None of us can any longer think we are safe. If the near-death of the previously fit Prime Minister (who is roughly the same age as me) doesn’t get this message home, there are plenty more stories that do.

Sue Martin’s story of hanging onto hope for her husband Mal hasn’t been far from my mind since I heard her interviewed on Radio 4 on Wednesday. Sue’s husband (like mine) is 58 and diabetic, but was otherwise healthy. Her children are 16 and 13 (almost the same ages as mine). After 10 days at home with Covid-19 symptoms and regular checks over the phone from the family GP, Mal’s condition deteriorated and he was he was taken into hospital, put on a ventilator and two weeks on is very poorly; Sue has been told there is almost no chance of recovery. The family has been allowed a ten-minute visit to say their goodbyes, the teens telling their dad they would make him proud.

Many of us must have listened to Sue’s harrowing account, our hearts breaking for her, while thinking, “that could be me”.

This fear is compounded by the growing evidence that men are more vulnerable to Coronavirus than women. In Britain, 61 per cent of Covid-19 recorded deaths are male. The difference isn’t accounted for by smoking rates and other lifestyle factors, but as Sharon Moalem, author of The Better Half  explains, by the advantages our XX chromosomes and hormones give to our immune systems. You can read more about this in the New York Times here or hear it explained very well on Radio 4’s More or Less here.

At a time when whole sections of the public body – and leading politicians – have been knowingly downplaying the different biological experiences of being male and female, emphasizing instead the nebulous concept of ‘gender identity’, here is a stark reminder that as much as we might want to, it isn’t possible to escape some of the biological realities of our sex, however limiting and unfair they might be. That is, of course, no comfort at all.

And so Easter Sunday is a strange one. No Easter eggs, as I hadn’t bought ahead and didn’t consider them ‘essentials’ requiring a special trip to the supermarket. Instead I’ve baked a simnel cake and invented some cocoa-energy-eggs using various dried fruits, nuts and honey from the cupboard. The boys are not pleased! But they do know how lucky they are to have their dad here.

This entry was posted in Lockdown and tagged parenting. Bookmark the permalink.